The Parish contains many species-rich hedgerows (46.9 km), and at least some are of ancient origin. There is a popular belief that hedgerows with a large number of different woody species must be old and that you can date a hedge by counting how many there are in a 30 -yard length. If a hedge has seven woody species, for example, it may be about 700 years old. This works for some hedges, but it does not always work in this part of Sussex. For example, some of the roadside hedges at the northern end of Plumpton Lane are rich in woody species; eight species in one of these hedges would make it 800 years old by the hedge-dating method. But these hedges are of recent origin, having been planted (probably using saplings of locally available shrubs and trees) when the road was reduced in width and treated with tarmac in the 19th century. It is clear from the Tithe Map that these hedges were not in existence in 1842. So, unless a hedge can be dated by using historic documents or maps, the species-dating method should be used with caution.

Species-poor hedgerows cover 10km. While most hedgerows are intact, their condition varies with the management of the land. On pasture, most are bare at the bottom, with very little ground flora. Those surrounding arable fields or along roads have a more developed ground flora and are usually denser. While blackthorn and hawthorn are the most common shrubs in hedgerows, many other species occur, including hornbeam, holly, hazel, field maple, spindle, dogwood and even butcher’s broom. 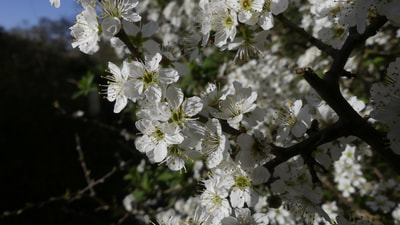 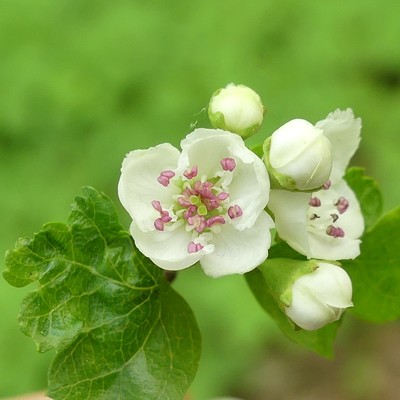